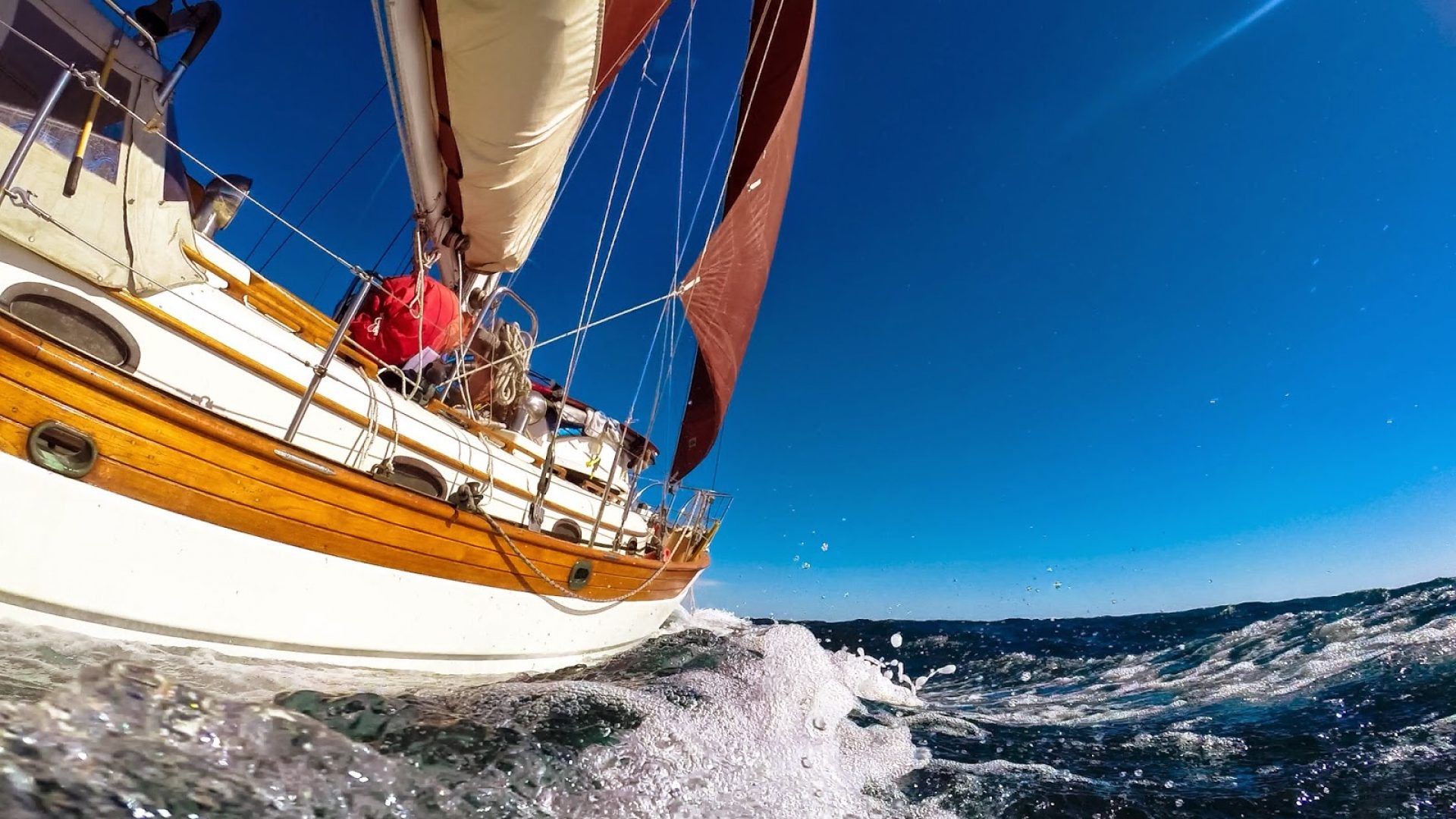 -Written By Jon-
PART ONE:

The process of rebuilding our winches was not a planned one. When we decided we where going to do the outside bright work I went about removing as much hardware as I could from the teak areas that needed to be varnished. Among the various pieces where our two primary winches. In order to remove the winches you must first take off the drum to get to the base bolts that secure it to the cockpit combing. Not having a ton of experience tearing apart winches and the fact that all of our winches are self tailing and Tara’s where single speed non tailing, I referred to the internet. Upon looking on the internet I found a few fairly vague diagrams but felt comfortable enough to give it a go. The winches came off fairly simply, the job was fast and painless. At this point I had so much more time on my hands I decided I could take them all apart (8 on the boat) and buff the drums and service them. Most of the two speed winches only worked as one speed and most of the one speeds barley worked at all because they where so deprived of service and love.

None of the winches gave that Iconic “clink” noise the everyone is familiar with, so I made it my duty to repair them all. When I got to the mast halyard winches things changed. The chrome finish on these winches where in very bad condition with lots of rusty pitts showing. I decided before I spend anytime buffing, I would call a few plating companies to see how much it would cost for me to simply “re-chrome” them. After a few phone calls and a few owners telling me that marine chroming is a more intense and laborious procedure I was quoted for all 8 winches from $1800-$3000. OUCH! Way out of my budget. Then I got to thinking that Prism would look a whole lot better with just natural Bronze winches. After a few calls I learned I could have all of the chrome stripped for about $60-$80 a winch, now this was getting better, but still expensive. After searching for more options on stripping chrome and even considering doing it my self with some DIY youtube videos as my guide I found a random yelp review of a small plating business in downtown Oakland that got marvelous reviews. Johnson plating is located off Telegraph Ave in oakland and has been in business since the late 1800s. One of the very few original Oakland businesses. After Talking to a part owner who was also named Jon on the phone, he quoted me $200-$250 for all of the parts. Jon said that it would take about two weeks and he should have them done right after thanksgiving. We where going to go see family for thanksgiving anyways so they would not be missed. Now we where in business! I removed all the winches and loaded them in the car.

Driving to a part of downtown Oakland I had never been to before. Upon parking I immediately got barraged for handouts once I opened my car door. Now it must have been because I was driving a newer car because if you ever see me in my work clothes with my scruffy beard, I look a bit homeless myself. After getting buzzed in, I met Jon at the front desk and we exchanged pleasantries then dived right into business. After inspecting the hardware he said it was going to be $250. We shook hands and I scampered back to Prism in Berkeley.

After getting back to the bay after thanksgiving I got a call from Jon saying the winches where ready for me to pickup, I excitingly rushed down. When I walked through the door I was greeted by Jon and my 8 beautiful PINK winches!!!

All of the blood rushed out of my head…. I thought to myself that now I would be force to spend $2000 to fix this mistake I just committed. I looked to Jon and asked “Jon, why are my winches Hot pink?” He the replied that the stripping process will many times tint the surface with a pink hue, he pulled a scotchbrite pad out from under the counter and with some elbow grease removed the pink showing the very course but golding hue of bronze, Whew! Reviewing the finish I could tell this was going to take a while to get back to a finish that could pass Shannon’s high standard of proper yacht requirements. Jon asked me “You sure you want to buff these to a mirror finish? I could do it for you.”
“How much would that cost?”
“About $1000”
“Not in the budget Jon, but thanks for offering”
Knowing what I know now, $1000 would have been a deal, none the less I couldn’t afford it and I had to learn the hard way so I could add one more thing on my boat maintenance resume.
I Paid Jon and got back to Berkeley where the Refinish began. Taping off the center rope grit so I would not removed the finish there I started. Now instead of explaining all the steps I did to refinish, let me just tell you the method I worked out after about hours of other failed methods. To start with, after getting the mirror polished finish I did not like how the drums where Patinaing, so I decided to artificially induce the color of patina I wanted. Here is the best way of doing this in my opinion. Knowing how to do it now with theses steps the whole thing probably would have taken me two full days instead of 6 stretched out over a 5 week period. So if you like the results, GO with This!
How to Dechrome and refinish Bronze Winches yourself:
1.Have the Drums and line tails professionally stripped
2. Tape off rope grit
3. With Orbital sander, 220 grit and a face mask, sand all surfaces until pitting is gone and drum is all one color
4. Switch to 320 grit repeat process
5. hand sand with 500 grit
6. Remove tape
Get all winches to this stage together, the following steps you can do as a batch

7. with lacquer thinner clean all parts with clean gloves
8. Purchase Patina, I uses M38 darkening patina from www.sculptnouveau.com $50. Dilute 50% with distilled water and spray on pieces. let dry
9. Hose pieces off, wipe with clean cotton rag, let dry
10.Spray more patina, repeat #9. IF the color is what you want stop and clean with clean towel, if not repeat process. I had to do my winches 3 times.
11. Once dry use a wax, I used Nouveau brown wax $50, you could also use clear. the patina by itself had a reddish hue to it, the brown wax made it a dark brown hue. Apply even thick coat with foam brush, DO NOT WAX ROPE GRIT tape if necessary! Let set for 30-60 minutes depending on temperature and buff with microfiber towel.
DONE!!!
If I knew these steps at first I probably could have finished from #1 to #11 in one 8 hour day if you Jammed. My gift to you! I am very please with the results. They are a little darker than your factory bronze winches but I like it. They will lighten when they naturally patina a blueish green with the dark brown.
Here are the photos from the whole process, you can see them bare, buffed and patinaed:

Thats all I have time for right now, I will do my best to write my second part to this post on a detailed description of how to service Barient winche that most Hans HC33s where equipped with. Step by Step including detailed photos.

3 thoughts on “The Tale of a Rusty Winch”