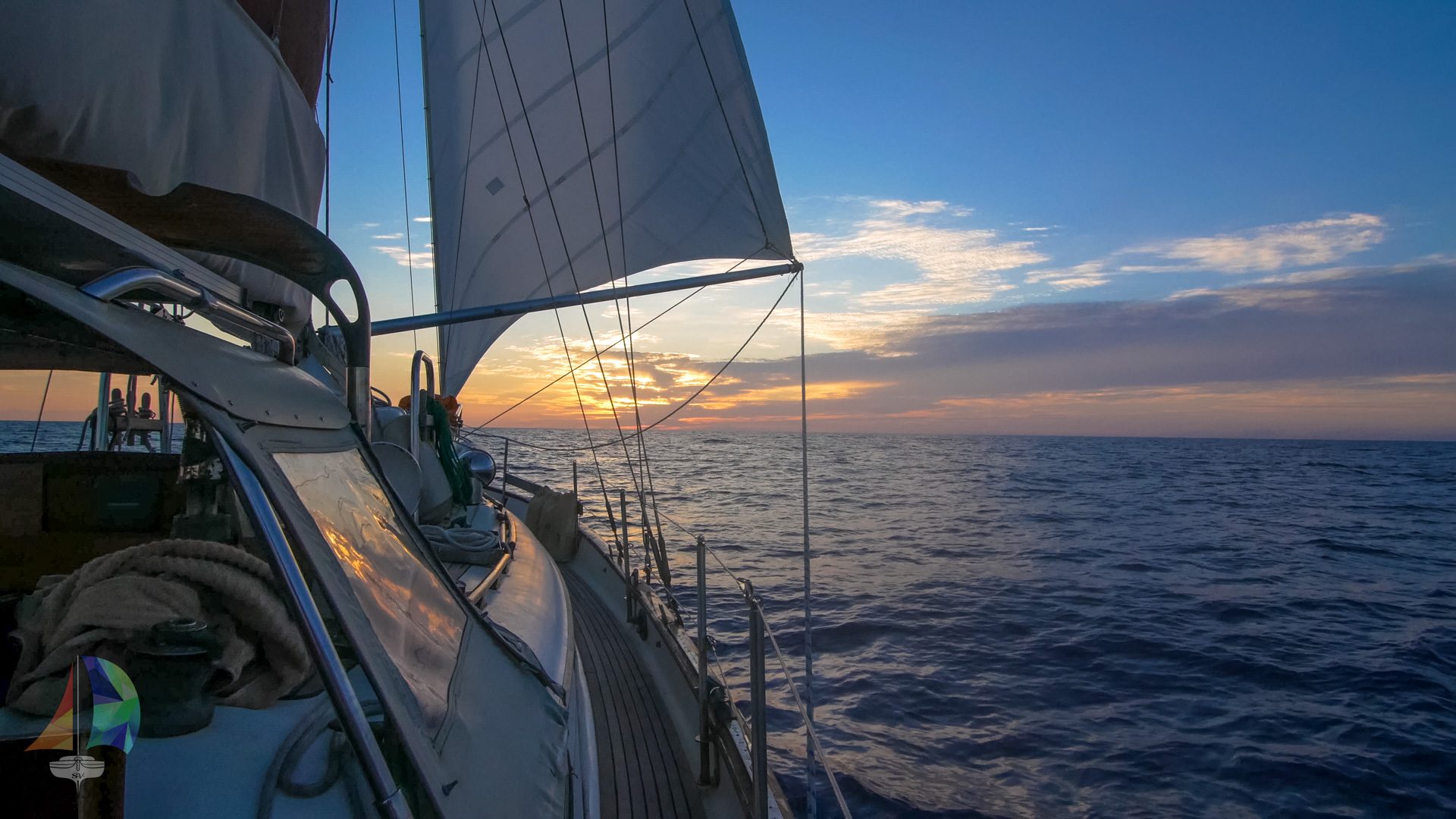 Jon and I get asked all the time “How can you afford to cruise at such a young age?” We have heard everything from being trust fund babies to having come up with some kind of million dollar idea or business ….none of these are true. However, they would have made things so much easier!
The answer: Jon and I worked hard and saved for 5 years, skipping out on what most young couples do in there early/mid 20’s. While our friends were out and about, we were working on our boat, or working to fill the kitty. Yes, we still went out and had our fun — I don’t think our friends back home would have allowed us not to take breaks. But for the most part, everything we made went into the slip payment, food, boat projects and saving.
When we left, we had saved enough to cruise non-stop for up to 3-4 years, depending on where we went. That savings included a “holy shit bail out emergency fund.” The emergency fund was $5000.00, and we planned on having a monthly budget of $500.
Most couples we meet have double if not triple that amount for their monthly budget. I have noticed that most people have a budget of around $1500 to $3000, with $3000 being on the high end.
We left San Francisco October 1, 2014, and got to San Diego by November 4th-ish. Cruising in the states was pricy for us, as we were still doing last minute projects that needed slip space and power, plus we were stopping and saying good bye to friends and family that littered the California coast.
So here is a break down for our first “season” of cruising, which includes 7 months of cruising, 5 months of dry storage and plane trip/ visit back to California. We spent $6,724.16
Roughly:

Some months we went over, and some we were way under. In April of 2015 we spent under $300! We found that cruising the northern Sea of Cortez we spend almost no money. Mostly because you are alone, you are not going out or drinking, and there are no stores to buy anything.
Now we are in our second “season” of sailing. This time we are not planning on any trips back to the states, but we have found that cruising Mainland Mexico is more expensive. This is because there are more people, you make more friends, you go out more, you have drinks more, you have dinners and so on. So you go through your stores more quickly, and it’s so easy to go to shore for happy hour with friends. We have had a harder time sticking to our $500 a month. A much harder time!
When we got back to our boat after 7 months of dry hot storage, we had some big ticket items and repairs we had not originally budgeted in… But hey that is the cruising life, right? Boats are just pits you keep putting money into. 🙂 Yet we all love it so much that we can’t stop and won’t ’til we absolutely have to.
Here is the break down so far from December 2015 though March 2016: we have spent roughly $5300.00 This includes 2 months of dry storage and the launching of the boat.

So as you can see we have pretty much hit our yearly budget and it’s only been 4 months. I have not told Jon this number yet, as I have only just figured it out while writing this post. Yikes.
At this rate we will only have enough to cruise for about another year before we have to head home and make more money. And we really do not want to do this. So we are going to have to start being tight wads!
The scary part is, the next countries we are visiting are known to be pricey!!!!

4 thoughts on “The Budget Breakdown ”