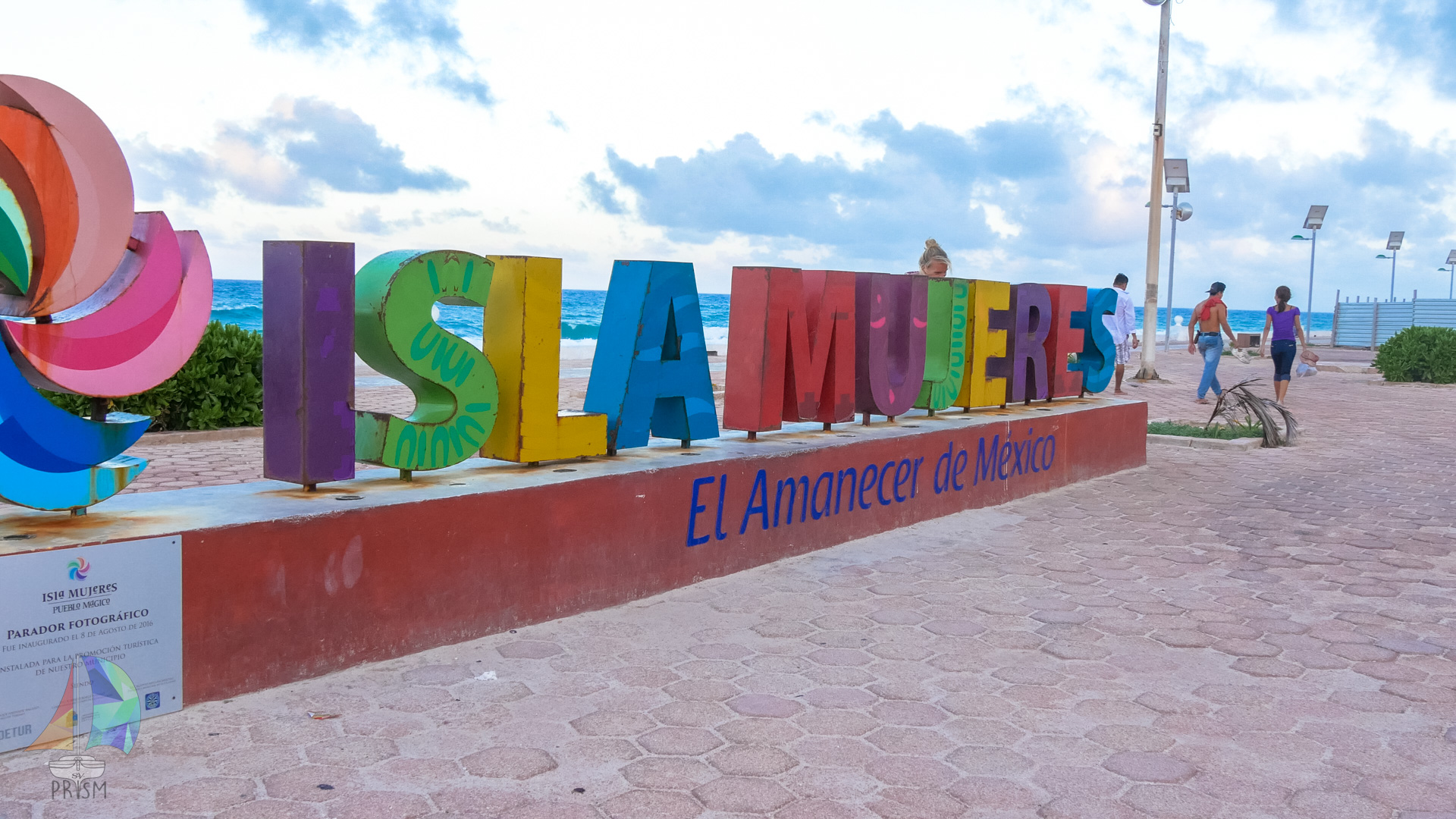 When we left Cayman Brac, we knew it was going to be a calm and slow sail. The winds were mostly from behind and very light. We were able to keep sailing for the first 36 hours, but would have to turn the engine on during the night to keep our speed up and to keep the comfort level….livable. Or so we thought……..

The 89 hours it took us to sail and motor the 405.3 NM was simple. We spent our days playing card games, napping, reading, blogging and hiding from the sun. On our last day we were dodging  squalls left and right and thought we made it through without one hitting us…. that was till one turned  around and came back for us. We saw it coming so we were prepared for the rush of wind. We lucked out that the squall \came from behind, so Prism just screamed along under a double reefed main for about 1.5 hours in 28-35 knots of wind. Jon stayed at the helm steering Prism down the building swell while Jet and I took pelting fresh cold showers then ducked down below till it passed. Easy.

Once the squall realized it wasn’t causing us any havoc, it left…taking all and I mean ALL of the wind with it. The sky cleared revealing thousands of stars. We only had about 70 nm left to go when we started our night watch schedule, each one of us excited to be in Mexico in the morning.

Jon was up first, he had zero traffic and no wind. Jet was up next and had the same conditions. She was enjoying the stars when she heard the sound a sailor never wants to hear. Even though there was no wind, we still had the main sail up to help stabilize the boat. When Jet heard the “rip” she pulled the sail in tight and rushed to get Jon as quick as she could. Jon jumped out of bed, rushed to the mast and tried to get the sail down before anymore damage was done. Little did he know that when he started to pull down he would in fact rip the rest of the panel off from the seams. I was sound asleep and didn’t hear the heart breaking sounds of our 35 year old main ripping apart but when Jet woke me and told me what happened I felt like I could hear the rip just from the look in her eyes.  It’s a good thing we were almost there and had zero wind anyways.

Jon hoisted the tri-sail just to help with the rolling in the swells as we pulled into Bahia Mujeres. The sky line rivaled Panama City’s and was back lit with a very nasty looking squall that we thought was going to hit at any moment. Of corse a squall would descend on us as we are entering a shallow unknown channel and harbor entrance.

Lucky for us it never came and we entered the protected waters at Isla Mujeres with ease. Everyone we met said we were going to LOVE Isla Mujeres, so we were beyond excited to check it out. But first we had to check in then find tacos, tequila and a good dentist.

Our check in went very smoothly, but weirdly enough they did not really want to see our TIP. (The TIP is the Temporary Import Pass you pay for and receive when you bring your boat into Mexico and it last for 10 years) We received ours when we first entered Mexico back in 2014. I thought it was odd that not even the customs officer wanted to see it nor did he want a copy. The Port Captain seemed more interested in leaving for lunch than he did in taking the time to check us in properly. We did all the forms and then headed to Immigration. We paid the fees at the bank for our Visas, then the customs officer walked into immigration and said we were all good to go.  Because he met us at the Immigration office he let us know  we did not need to go back to the Port Captains office as they already went home for the day. Which was also weird as it was only 11 am on a Tuesday. Anyways we were told we were good to go. Sweet! TACOS here we come.

In-between our trips to Scorpion Bar ( where by the way you get a free shot of tequila when you order any beer!!!) SAY WHAT!!!! IM IN LOVE… FREE, GOOD, and ICE COLD TEQUILA!!! Bah I never wanted to leave. Anyways between our trips to that bar we made a day trip over to Cancun to look at dentist and to see the new Alien movie. Jon was let down yet again by Ridley Scott.

We did take the time in the afternoons to repair our ripped main and made patches for the small holes in our drifter. We are by no means sail makers and our repairs showed. It was very tough and we were sure it would and will hold together for our trip up to the states. However when we hoisted it…well lets just say it’s not perfect, but it will work. Good thing we have new sails coming our way!

We went out only a few times as we never really found a place that had street tacos like Pacific Mexico, which was a HUGE let down. All three of us were looking forward to mouth-watering amazing tacos and all we could find was over priced and lack luster taco want-to-bes’.

Jon and I had dental work done at a local place on the Island called Dental Splash. Dr. Victoria was GREAT! I would 100% go back to her for the rest of my life. While we were there I found something Jon is not a Fan of…. yep Jon seriously hates the dentist to the point of mild panic attacks. He was informed that he does infact need to have his wisdom teeth removed, and will need a root canal on his front tooth which is dead due to a childhood injury. We will make sure to pick up some Xanax before we go to that appointment.

After a week spent on the Island a weather window presented itself and we decided to take it. So we headed to the Port Captain to check out. I presented the forms we received the week before from immigration, the other port captain and the customs officer. The gentleman behind the glass on this day was a different man and was put off with the paper work I had given him. When he asked me ” where is the rest of it” i knew we were in trouble. I looked at him with very confused eyes and said ” what do you mean? this was all i was given when we checked in” He was quick to tell me that we were missing pretty much all the official paperwork and clearance papers. Well shit.

He then stated that we were going to have the whole process over. But not everyone had to stay. When I asked what was skipped or what I did not have, he would never give me a straight answer. All in all this hiccup took me 3 hours to resolve and a $850 peso fine for “reprocessing” . I spent about 30 minutes trying to get him to explain why i had to pay for a reprocessing fee when nothing was my fault. The customs officer and Port Captain the day we check in said we were good to go. But this is Mexico, and it is never their fault, its always yours. GRRR Anyways we got it sorted and were ready to leave this island that let us down in more than one way.

We topped off on fuel and headed out hoping to catch the gulf stream for a quick pick me up ride! If everything goes right we will be in Florida in about a week.