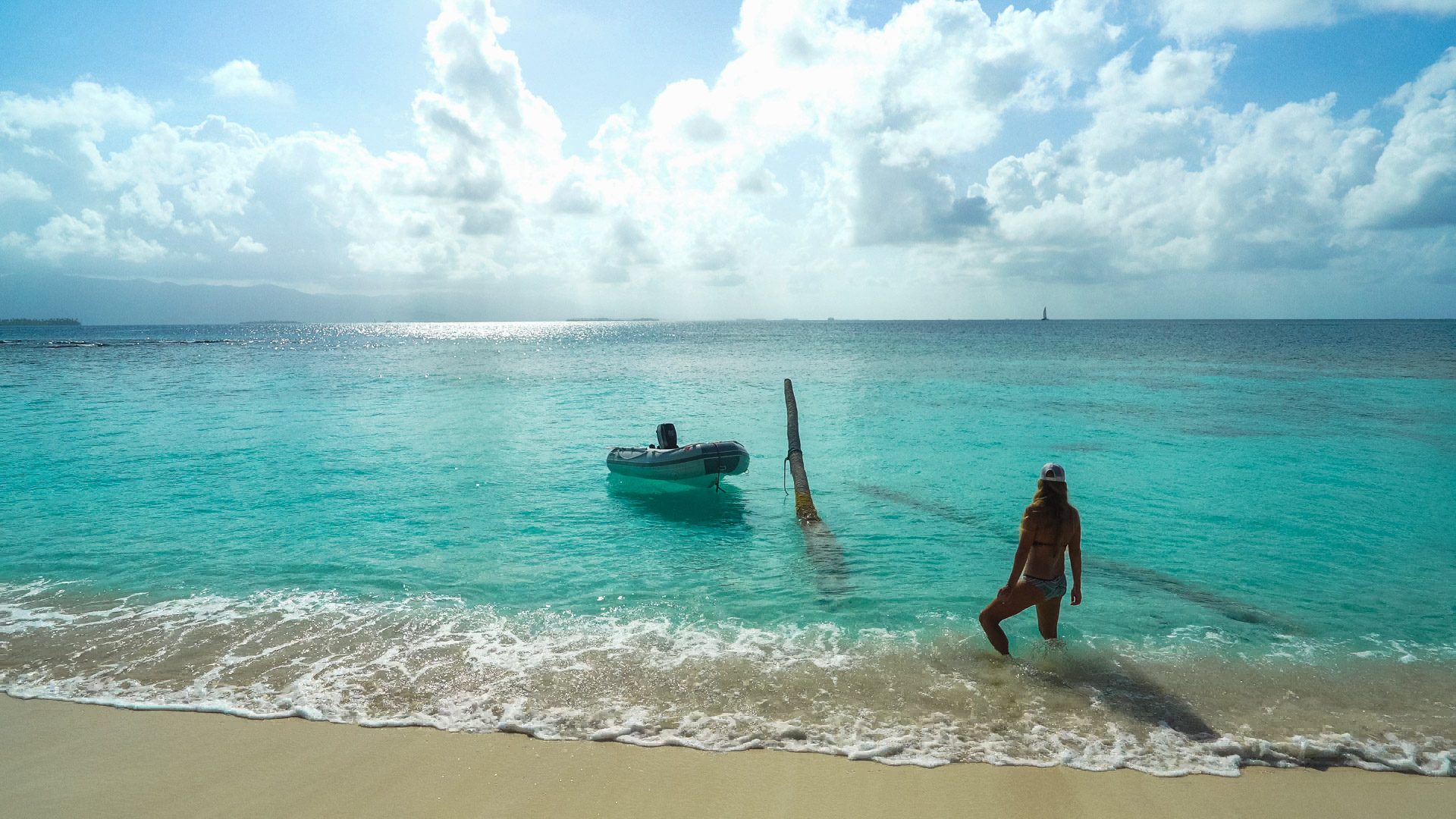 Jon: I grew up in Sierra Mountains. My family were avid sailors, having boats not only in the San Francisco Bay but also on the surrounding lakes near our home at Shaver Lake and Huntington Lake. I not only grew up sailing, but my family is also very passionate about photography and videography. Right out of high school after winning a few film festivals I started working in the advertisement field, then moved on to television. For years, (which helped pay and save for our boats and trip), I worked for a television network called Livewell, shooting the shows Motion, and My Family Recipe Rocks till it was time to leave in October 2014.

Shannon: I grew up in Southern California. My family we were power boaters, we had a 42′ Californian, and a mooring in Emerald Bay at Catalina Island. My love affair with the ocean began at a very early age, spending as much time as I could with a mask on and my face buried into the ocean looking for any and all marine life. After high school I began working as a dive master for San Diego Shark Diving Expeditions, and loved spending my time looking, diving , studying, and playing tug-o-war with great white sharks at Guadalupe Island off the coast Baja. My sailing experience when I met Jon was slim to none, having only sailed on little sunfish boats while I was a kid at the very camp where I met Jon as an adult.

Our story ( the quick version):

We met back in 2009 while we were both working for Gold Arrow Camp, a summer camp located up in the Sierra Mountains.  We started to look for our first boat after Jon asked Shannon ” How would you like to sail around the world?” ( talk about a one liner right!)  Our first boat adventure involved a small pocket cruiser called a Caliber 28. The boat was in very rough shape, so we spent over a year doing a total refit in a backyard in the middle of the central valley. Once she was done, we renamed her “TARA” and set of! After a few eye opening passages and living on her for a year we decided TARA was not the boat for us. You can read about our first adventures at http://www.tarasmaidenvoyage.blogspot.com. The story picks up with the first post to this blog back in 2013.

We hope you enjoy!