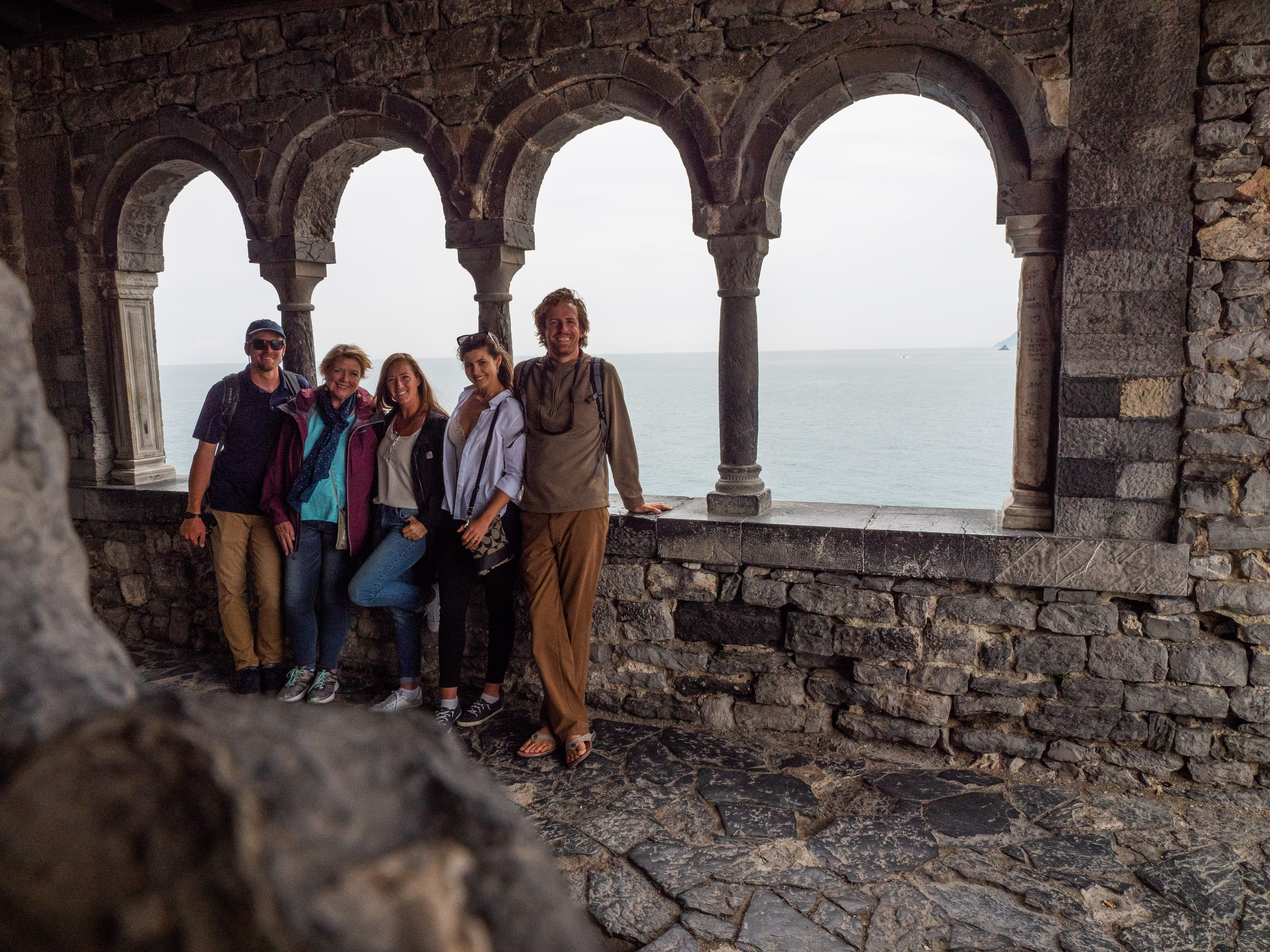 I wont write much, as my sister-in-law already wrote such an amazing blog about our time in Italy. But I did want to thank Momma Neely for putting this family trip together and for spoiling your kids (and their spouses).

I am just going to share a few of the group photos for this blog post, and then direct you to read SV Avocet’s Blog, as Marissa is a much better writer than I am, and well 2 people writing about a families European adventure just seems like over kill.

A little side story from Avocet's Blog

I know you have already read her blog, so this little story will make sense…….right?

If you have skipped reading the joyous rendition of our trip, this little side story may or not make sense.

“Here, take this $200usd and exchange it for more Euros” Jon told me as he handed me the small wad of cash. We had just made it to the train station, bound for Naples and completely out of local money. We all had a feeling that finding a bank that was easy to walk to while on the cliffs of Amalfi was not going to be an option.

Chris and I set off to find the exchange booth in the station, we had time till our train arrived, so getting lost the first time around was no big deal. As we headed in the right direction I mentioned to Chris “because we are in the train station, the exchange rate is going to be horrible”. When we made it to the booth, I walked in, handed over my passport and the cash, thinking to my self “it is what it is” But when Chris heard that my $200usd  was only going to get me $130Euro back, he walked out and sought to find a better rate through an ATM. (he only saved $10usd)

This exchange did not hit home for Jon until we were about half way through our taxi ride of terror… No shit, I for sure thought we were going to die on this road. It seemed like the driver knew what he was doing, but what about all the Griswalds (vacationers) also on the road! There was barley enough room for the small European cars to pass each other, let alone the giant tour buses that literally could not pass/fit pass each other for most sections of the road. Because  this tight road of death was filled with buses, we found ourselves stuck in traffic. And this is when Jon looked back at me and said ” wait… you only got $130 euros? It cost you $60usd in the exchange?!?”  In the heat of the moment where he was looking at me like a disappointed dad, I simply said  ” ya, it did” completely ignoring the fact that I should have corrected his math…

This heated stare of disbelief haunted me for the next few hours and into the hall of the reception desk at our beautiful hotel. The fact that my responses were along the lines of “You know, most men would be happy that I just did was I was told to do, and exchanged the money” or ” It is what it is, nothing we can do about it now” when all he wanted to hear was that I made a mistake and a huge error in in common sense. But I am a strong woman who does not bend to what the man wants, and stuck to my final statement to him, which was “If you want something done  a certain way, do it yourself, or accept the call I made and deal with it”

The poor guys at the front desk could have cut the tension with a knife. After a few drinks and a few more hours, Jon eventually accepted the event (as best he could) and we all went on with our lives, armed with a new joke at my expense. Side story complete.